Open Skiff around the world – Thailand 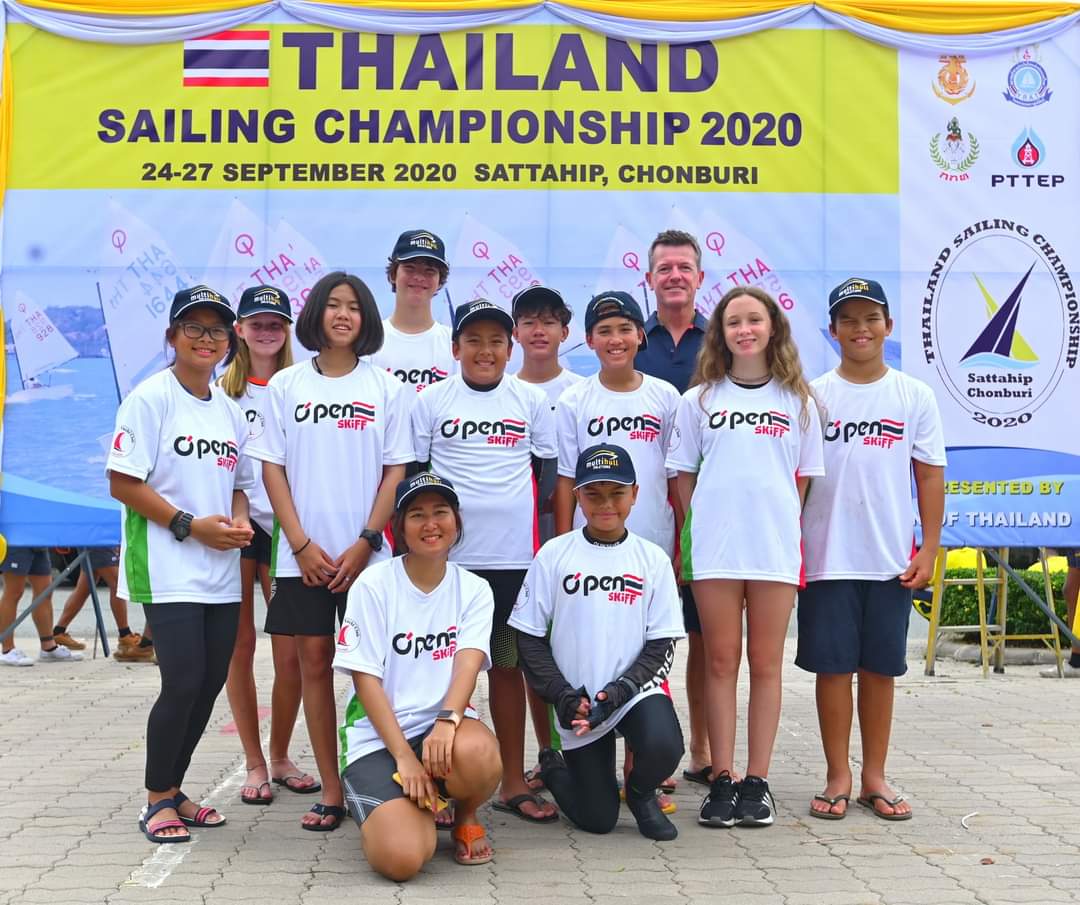 Ten O’pen Skiff sailors travelled North to Chonburi in the gulf of Thailand to compete in the Thailand Dinghy Sailing Championship hosted by the Yacht Racing Association of Thailand in September. Over 200 mixed sailing dinghies in 19 classes competed in quite light conditions over the 3 day event. For most of the skiff sailors aged 10-15 this was their first taste of competitive sailing and they all did exceptionally well to complete the full compliment of 12 races. Phuket Yacht Club’s Giacamo won the event with (21 points) followed by Mirin Kewsuwansak (23 points) and Anthony Mines (29 points) in their first ever outing in the O’pen Skiff Class. 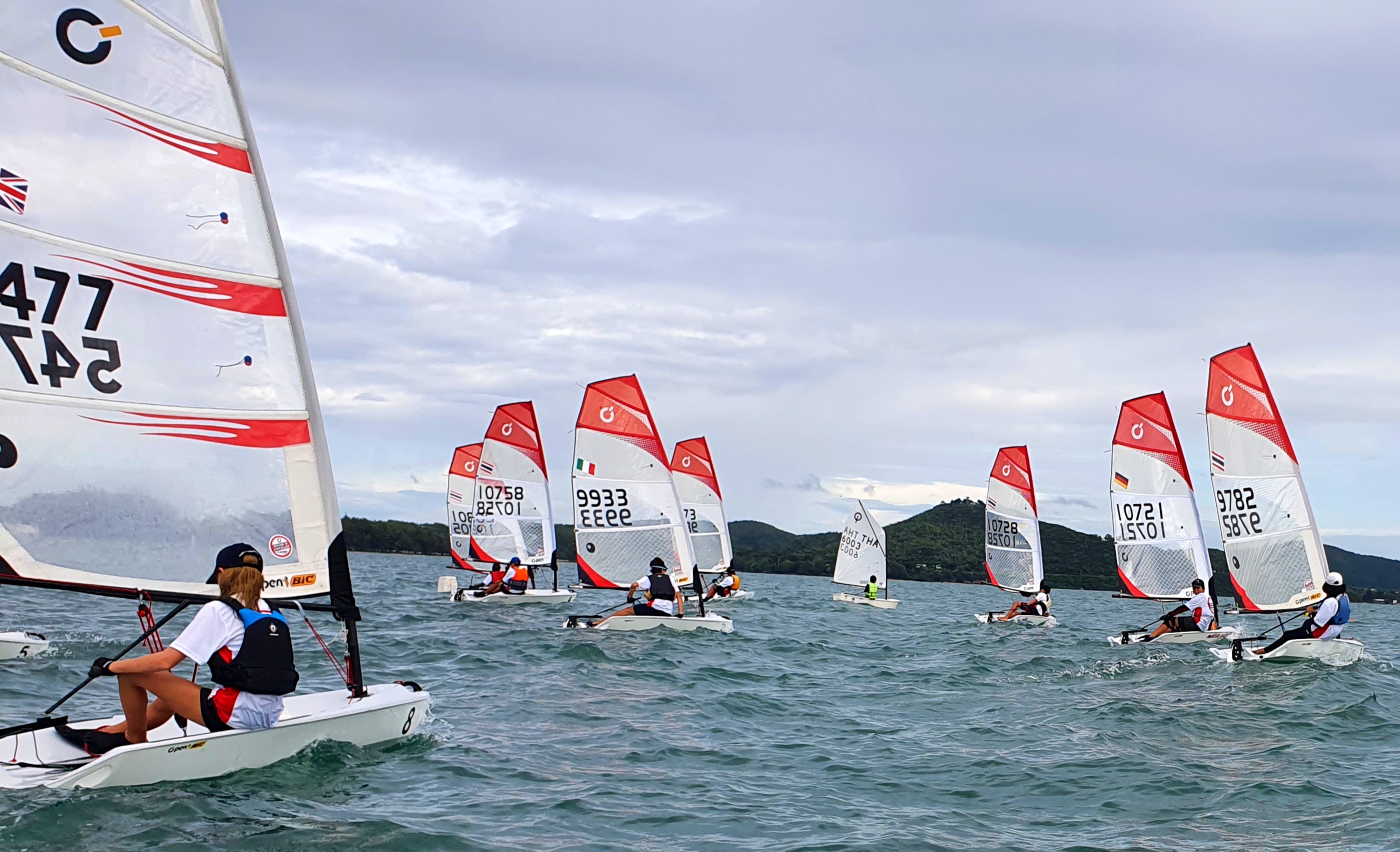 Despite an enforced Covid 19 pandemic break in March and April participation levels remain strong and coaching continues every weekend at Phuket Yacht Club. In the meantime we continue training and hope to see the Skiffs competing in the Phuket King’s Cup off the world famous Kata Beach in December. 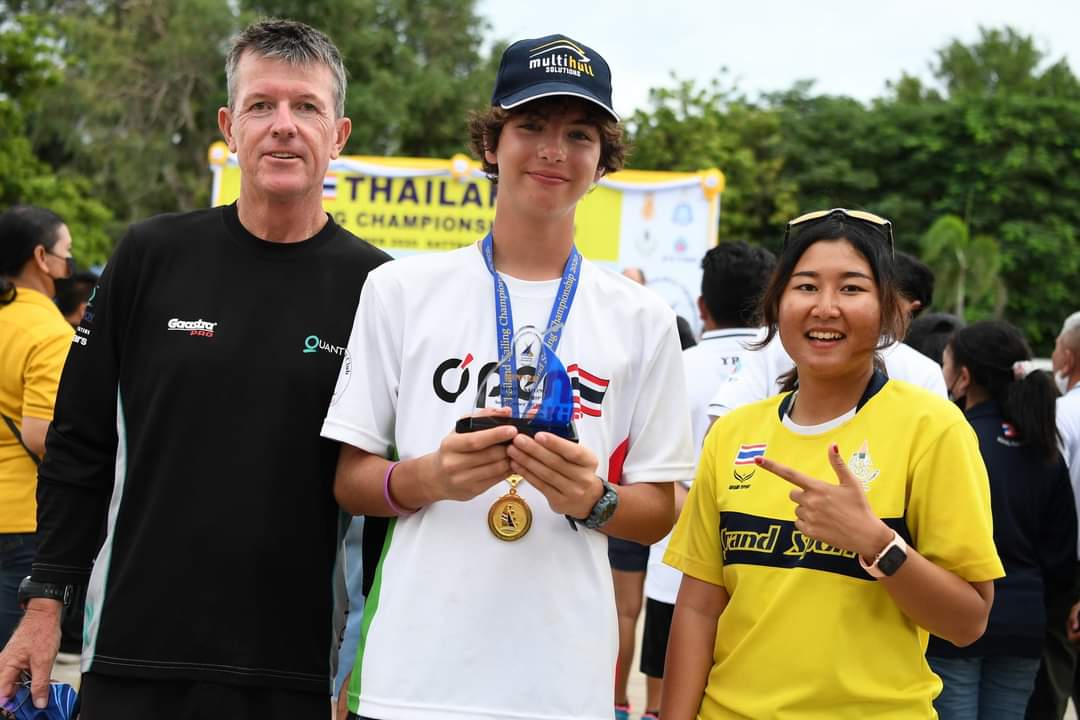