Open Skiff around the world – France 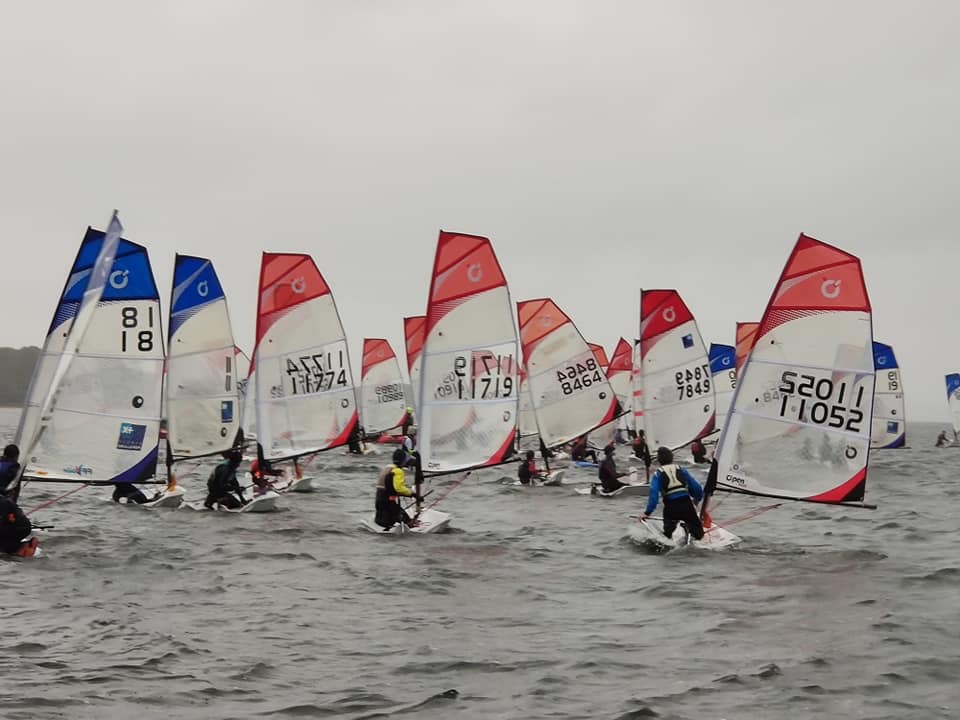 As 2020 began, there was a crowded schedule of O’pen Skiff events all-round the sailing world programmed for the new season, in one of the most dynamic classes for young sailors. No one could have predicted that COVID-19 would have such a devastating effect on peoples’ lives, or that it would so radically reduce the O’pen Skiff calendar, leading to the cancellation or postponement of almost all the schedule, nationally and internationally.

Despite the impossibility of international travel and mass gatherings, this hasn’t brought everything to a total standstill though. On a local level O’pen Skiff sailing has continued, when and where possible, in schools and clubs, albeit with limits and restrictions on numbers of sailors, and with careful observance of the safety recommendations we are all having to follow: safe distancing, sanitising…

In the series of our local reports we look at how O’pen Skiff has functioned around the world. Now time for France.

Four rounds were on the original schedule but only two have been able to go ahead, at Biscarrosse and Mandelieu in 2019. The others, at Fouesnant and Ganguise, were early victims of the Covid pandemic, cancelled in 2020, but they will now take their places on the 2020/2021 Tour calendar. That means the 2019/2020 podium positions can’t change, and the prize-giving will take place at the first round on the 2020/2021 calendar in Rouen, based on the results of those first two rounds.

The FFV Junior O’pen Skiff French Championships at the National Sailing School centre in Quiberon, Brittany, suffered a similar fate and will now take place at the end of October (subject to further Covid developments) at the Carcans Maubuisson Grand Prix. We still hope to be able to crown our 2020 O’pen Skiff French champions!
Here’s O’pen Skiff coach Bernard Helot’s summary of the O’pen Tour 2019/2020.

“The Tour started at Biscarrosse, south of Bordeaux on the Atlantic coast. The numbers of entrants was up once again, 65 young skippers enjoying 2 days of great racing. Big thanks to the local club in Biscarrosse for their great welcome and organisation, and to all the skippers and their entourages (family, coaches…) who helped them get there. It was a big plus for the local scene to have an official O’pen Skiff competition here.

The second round took place at Mandelieu, on the Mediterranean, and was held in conjunction with the final round of the O’pen Skiff Euro Challenge. Over 100 racers were at the Euro Challenge finale in Mandelieu, organised by the international class committee, after previous rounds in Palermo (Sicily) and Sopot (Poland).

To help try and relaunch activity in the sport and class following Covid lockdown this spring, it was decided to organise a weekend training course, to be held at the French National Sailing School (Ecole National de Voile) in Quiberon. The maximum number of attendees was fixed at 30, divided into 3 separate teams of 10 (Ile de France/Paris area, Nantes, Morbihan) each with its dedicated coach, everyone safe-distancing on land and water to respect the sanitising guidelines. The coaches were Bernard Helot, Vincent Keruzoré and Morgan Dreau.

A second O’pen Skiff training week was then held in August, after the successful post-lockdown weekend, again organised by and at the National Sailing School.

This time 25 youngsters, mainly from Brittany and Ile de France, attended for the week of intensive training, with 3 coaches supervising proceedings. This course was only able to take place after considerable efforts to respect the Covid/sanitary situation we are all having to live with. As such it was very much a “test” situation for future, similar courses. If possible, and given the success of the August course, we would like run more training weeks with more youngsters present. All this has only been possible thanks to the organisation and welcome provided by the National Sailing School.

The August course started with a day of evaluation of skill levels, then the 3 teams separated, 2 of them concentrating on race skills and the 3rd group on more basic manoeuvres. All 3 teams came together for some group races at the end of each session. There was plenty of wind all week long, and it was a highly positive outcome for the effort put in. An experience we will be hoping to repeat as soon and often as possible.
Big thanks to all the parents present, who’s assistance was vital as the organisation of the course evolved throughout the week.

Equally big thanks go to the National Sailing School for their welcome, and to Tahe Outdoor for lending us some boats to make it all possible.